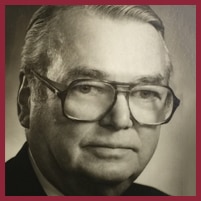 James J. Drislane was a highly experienced business lawyer with an extensive practice when he joined the firm as a partner in 1981. He was an ally and political advisor to partner Thomas Whalen, who orchestrated the merger. Drislane’s expertise was in construction law, complex real property law and trusts and estates. He was a well-respected business leader in the community. 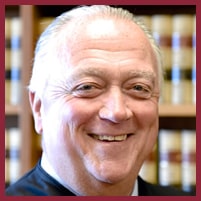 Eugene P. Devine, Jr. was a firm partner from 1981 to 1985. He was the son of longtime partner Eugene P. Devine. After he withdrew from the firm, he became the Albany County Public Defender and Chief Counsel to The Albany County Department of Social Services. He went on to be elected as a New York Supreme Court Judge and serves on the Appellate Division of the Third Department.

Howard Nolan and Mark Heller were boyhood friends. Each became lawyers, Howard having graduated from Holy Cross and Albany Law School and Mark from Hamilton College and Harvard Law School. In 1964 they formed the partnership Nolan & Heller with its primary practice being commercial law and litigation, with an emphasis on creditors’ rights.

Nolan became a New York Senator in 1974. In 1977, he ran for Albany mayor unsuccessfully against longtime incumbent Erastus Corning. On Corning’s death in 1983, Cooper Erving partner Tom Whalen became mayor. In 1986, when a bank merger was to take place between clients of each firm, a merger of the two law firms was proposed. As a result, in January 1987 the firm became Cooper, Erving, Savage, Whalen, Nolan and Heller. When Whalen left in 1987 to devote his full time to being mayor, the firm became Cooper, Erving, Savage, Nolan & Heller.

In the late 1990’s both Nolan and Heller retired. In 2002, upon the departure of certain former Nolan & Heller partners, the firm resumed the name Cooper Erving & Savage.

Today, our top rated, highly skilled and forward-thinking attorneys are still providing quality legal services to individuals and businesses in upstate New York. Our dedication and commitment remains true to our rich and storied history.   Our Attorneys https://www.coopererving.com/attorneys/